The Combined Development Agency (CDA) was established in 1948 by the governments of the United States and the United Kingdom to ensure adequate supplies of uranium for nuclear weapons development programs. In Australia, uranium ore was processed at the Port Pirie Uranium Treatment Complex (PPUTC), which was operated by the South Australian government’s mines department under contract to the CDA.

The PPUTC was situated north of the township of Port Pirie, approximately one kilometre west of the Port Pirie River. The £1.8 million complex commenced operations in August 1955 and closed in February 1962. It processed ore from Radium Hill and Wild Dog Hill (Myponga), 64 kms south of Adelaide. 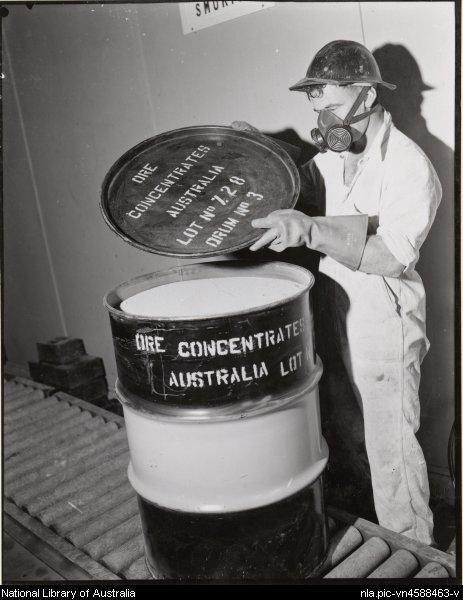 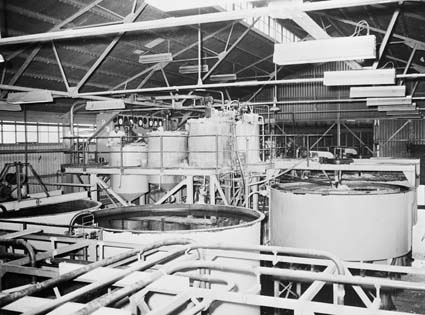 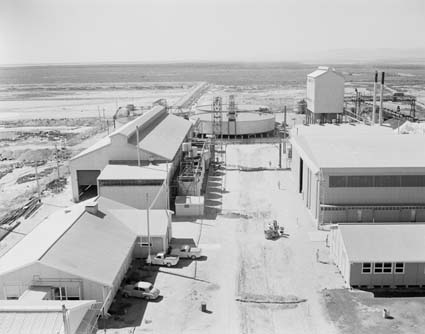 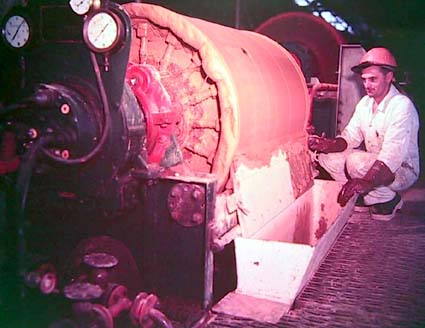 The PPUTC consisted of three parts:

Six clay-lined dams were constructed for the storage of tailings and waste water generated in the uranium extraction process.

Additional tailings material was produced from the processing of rare earths (e.g. scandium and yttrium). During the early 1960s, the Rare Earth Corporation (REC) operated on the site, extracting scandium, yttrium oxide and other rare earths from the uranium tailings and some imported material. As part of the operations, four smaller dams were built immediately to the east of the uranium tailings dams. A monazite cracking plant was later set up on the site and operated from 1969 to 1972. The by-products from this industry, which include monazite residues containing elevated levels of radionuclides (mainly thorium), were deposited in the REC dams.

Thus the site has the six original uranium tailings dams and four smaller rare earth tailings dams − in total these cover approximately 26 hectares and contain about 200,000 tonnes of tailings. 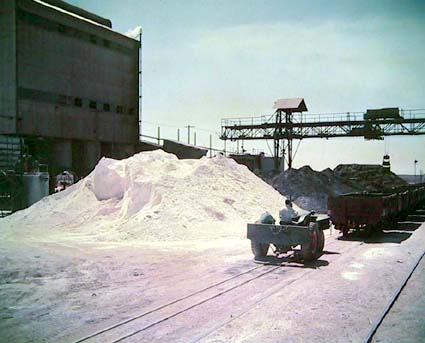 A number of significant management issues have arisen from the storage of tailings at the PPUTC:

After six years of community pressure and after high tides breached the walls of the tailings dam in 1981, the dam wall was increased in height; the tailings were covered under a metre of slag, clay and topsoil; the area was re-fenced; and a trench was constructed to drain run-off water into an evaporation pond. It took 30 years to take these stop-gap remedial measures. The financial cost to the South Australian public was about $1 million. 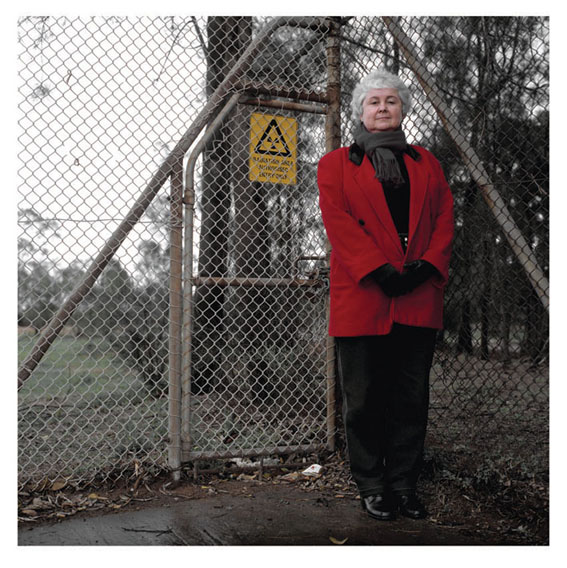 Jenny Lewis (pictured) was a prominent member of the local campaign group that succeeded in getting the Port Pirie tailings fenced off and partially remediated. To hear Jenny talk about her experiences click here.

According to the 1997 Senate Select Committee on Uranium Mining and Milling report: “The Committee is not convinced, on the evidence before it, that rehabilitation and remedial work has been satisfactorily completed. It recommends a full public evaluation of the work as soon as possible and that the sites be reappraised at intervals of not more than two years.”

The SA government’s 2003 ‘Audit of Radioactive Waste‘ recommended that long-term management plans be developed as required by conditions of registration of the Port Pirie site under the SA Radiation Protection and Control Act 1982. The report states: “In the mid 1980s, slag from the adjacent Pasminco smelter was used to cover dams 2, 3 and 4 and parts of dams 1 and 5 to minimise radon emissions and any potential for dust emission. From 1989 to 1990 the plant area was surveyed and partially decontaminated, and contaminated soil and other material was deposited in the eastern end of dams 5 and 6. The slag coverage was recently extended to cover the northern end of the former processing plant area following the demolition of the original processing tanks.”

The SA government established a Community Focus Group in 2005 in collaboration with the Port Pirie Regional Development Board. The purpose was to establish an effective forum to provide a review process and communication link between the project management team and the community of Port Pirie relating to the management and potential remediation of the PPUTC.

As of June 2012 the SA government’s website indicates that the following work is in progress:

June 2012 correspondence from the SA Department of Manufacturing, Innovation, Trade, Resources and Energy states: “The site assessment works were undertaken to inform the department in developing the long term planning and management of the sites. As a follow on from these works, the sites are actively monitored to provide additional information to assist with the ongoing development of management plans and potential remediation.”

Thus there are outstanding environmental and public health issues 50 years after the closure of the PPUTC, and Port Pirie can be added to the list of uranium mines and plants with ongoing problems and concerns decades after their closure.

Although the uranium grades at Radium Hill were moderate to low, the rare earths grade was exceptional, with values up to 7% rare earth oxides. A proposal was made public in the late 1980s to mine and extract the rare earths from the remnant tailings at Port Pirie. However the project was abandoned due to intense public opposition. 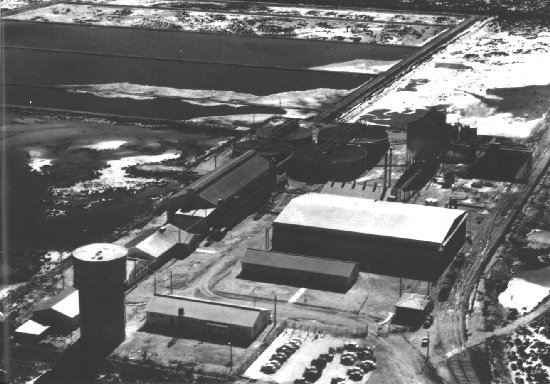 Above: A 1958 photograph. Ore concentrates were leached in boiling sulphuric acid to dissolve the uranium, which was precipitated, after further processing, as yellowcake. Leaching vats were housed in the tall building to the right of the four thickening tanks. The tanks were used to settle out solids from the waste material, and water was returned to the plant for re-use; the thickened solids were pumped into the tailings dams at left.