The Yeelirrie uranium deposit is located 80 kms south-west of Wiluna in the WA Goldfields on Wongutha country.

The deposit extends over 9 kms, is up to 1.5 kms wide, up to 7 metres thick and with an average depth of about 7 metres of overburden.  A historic estimate of the mineral content of Yeelirrie was prepared for BHP Billiton in June 2012 by an international mining consulting firm. The historic estimate indicates that Yeelirrie hosts measured and indicated mineral resources of approximately 139 million pounds (63,000 tonnes) of U3O8 with an average grade of approximately 0.13%.

Western Mining Corporation (WMC) discovered the uranium deposit in 1972. In the 1980s, WMC dug a series of trial mines at the Yeelirrie site. This was the first large scale calcrete ore-body found in the world, and thus no exploration techniques were known in order to accurately determine ore reserves. Trial mining involved several pits, extracting a total of more than 130,000 tonnes of ore. The pilot processing plant was in Kalgoorlie, although the tailings were dumped back at the mine site, in several dams. The exact production of uranium is unknown, although given the amount of ore mined, it was probably around 195 tonnes U3O8. It was most likely shipped to the Olympic Dam uranium mine in the late 1980s and then sold.

An Environmental Impact Statement was produced in 1978 and resulted in environmental approval from both state and Commonwealth governments. In the 12 years to 1983 WMC and its partners (then including Esso) spent a total of $35 million preparing to develop Yeelirrie as an open-cut mine, including building and operating the pilot metallurgical plant at Kalgoorlie. A $320 million project was envisaged and sales contracts were being planned. However, the 1983 federal election and implementation of the ALP ‘three mines policy’ meant that permission to negotiate sales contracts was withdrawn in March 1983. Plans were then abandoned.

In its 1996 Environment Progress Report, released in July 1997, WMC admitted leaving a contaminated trial uranium mine exposed to the public, with inadequate fencing and warning signs, for more than 10 years. A spokesperson for WMC said a 1995 inspection revealed the problems and also admitted that the company could have known about the problems as early as 1992.

WMC said there was inadequate signage warning against swimming in a dam at the site, which was found to be about 30 times above World Health Organisation radiation safety standards and admitted that people used the dam for “recreational” purposes including swimming, but did not drink the salty water.

WMC said it had “no record of whether uranium ore or contaminated products inside the exposed drums were removed”. However, a further 1996 inspection revealed that “uranium ore from the site was also found to have been used to repair nearby roads”.

In 2005, BHP Billiton acquired the Yeelirrie deposit. In 2008, with both state and federal governments permitting new uranium mines, BHP Billiton listed Yeelirrie as an “outstanding long-term opportunity”. Mine construction beginning in late 2010 was envisaged.

BHP Billiton concluded one stage of exploration mining. A Scoping Document was approved by the WA EPA in early 2010 but BHP Billiton did not prepare an Environmental Review and Management Programme for EPA approval. The World Nuclear Organisation states: “In 2011 the project was wound down and the ERMP was deferred.” Staff and senior management from the Yeelirrie project were relocated to other areas of BHP Billiton.

The Wongutha Traditional Owners directed the Central Desert Native Title Service to no longer negotiate or discuss uranium mining with BHP Billiton in an act of opposition and dissent to any plans to mine uranium.

In August 2012, BHP Billiton sold the deposit to Cameco for US$430 million subject to approval from the State Government and the Australian Foreign Investment Review Board. Resource analyst Gavin Wendt said: “When the project was at the forefront of the company’s thinking a few years ago when uranium prices were very high, prior to Fukushima, I think BHP was very, very concerned to develop the project. But, in the post-Fukushima world, I think BHP’s near term thinking is that they really aren’t as keen on uranium as they were four or five years ago.” 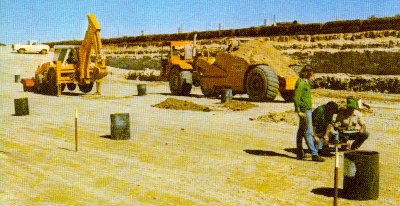 Above and below – trial mining at Yeelirrie. 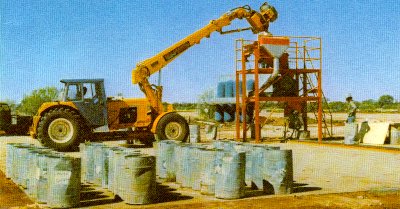 Above: Action in Perth in 2011, before BHP Billiton sold the Yeelirrie deposit to Cameco.