The Wiluna uranium deposits are located 45 kms from Wiluna in the WA Goldfields on Martu country. The deposits were discovered in 1972.

Toro Energy is a small, inexperienced company which hopes to open Western Australia’s first uranium mine. As of November 2016, the project has little hope of proceeding unless there is a sustained increase in the uranium price.

The project has been cut up and assessed as two projects ‒ allowing the company to avoid full assessment of the cumulative impacts from what is essentially an industrial uranium precinct incorporating at least four small uranium mines across two lake systems in a fragile desert ecosystem. The company has plans to incorporate more regional deposits ‒ extending the impact and risk regionally.

The original proposal, including the Lake Way and Centipede deposits, got conditional environmental approval– state and federal – in 2013, subject to 35 conditions which expressly prohibited commencement of mining until the issues identified were resolved.

The Milipede and Lake Maitland (Wiluna Extension) Public Environmental Review was lodged at the end of 2015. The EPA recommended approval for this project in September 2016. However the approval is under review by the Office of the Appeals convenor as of November 2016.

Toro proposes to truck uranium ore across the lakes to a central processing facility. Toro also proposes to store all radioactive mine waste ‒ 50 million tonnes ‒ from the four sites in two mined out pits in and on the edge of the bed of Lake Way.

The current proposal would require 10.6 million litres of water a day. Toro has only identified enough water for the first seven years of the project and has failed to do any environmental impact studies on water use for the proposed full life of the mine. Toro has failed to do important baseline studies on the interaction between ground water and surface water.

Toro plans to divert creek systems away from Centipede and Lake Way deposits during mining and re-divert them back through the sites post closure – when the mined pits will be replaced with radioactive mine waste. This poses a significant risk to the integrity of plans to contain and isolate the long lived radioactive mine wastes.

Toro has not yet submitted a mine closure plan or costings. In clear conflict with industry best practice, this part of the project has dodged public scrutiny and the application of any legally binding environmental conditions on mine closure. Such an approach increases the likelihood of WA taxpayers being left to foot a future clean-up bill.

Toro has failed to do important baseline studies on flora and fauna – an issue that the EPA and the WA Minister ignored even after the Department of Environment and Conservation formally advised that these issues should be addressed before approval.

The Department of Mines and Petroleum’s Uranium Advisory Group made several comments on how WA’s regulations fail to meet world’s best practice – despite State Government promises. These deficiencies include: lack of cumulative impact studies; lack of transparency and public engagement; operating under an outdated set of regulations on tailings management.

There is an Indigenous Land Use Agreement for the Lake Way and Centipede deposits – Toro is in negotiations with the Wiluna Native Title group and the Barwidgee Aboriginal Corporation.

Over the years several hundred people have visited the Yeelirrie and Wiluna proposed uranium mine sites with Traditional Owners. The first Walkatjurra Walkabout was held in 2011 – a three-month walk from Wiluna to Perth.

The walk was organised to demonstrate the opposition to uranium mining, and at the request of people in the Leonora community the walks have continued. Smaller walks have been held every year since 2011 from Wiluna to Leonora via the proposed uranium minea at Wiluna and Yeelirrie (click here to read an ABC story on the 2012 walk). The walks are led by the Walkatjurra rangers from Leonora and include people from across Australia and have included international visitors from the US, Taiwan, Japan, France, Lapland, Greece and England.

In 2015, a documentary on the Walkatjurra Walkabout was produced, called “Walking for Country”. The film interviews walkers and traditional owners about their personal opposition to uranium mining and why they are walking in protest. “Walking for Country” has been accepted into a number of film festivals and is a finalist for the category “Best Foreign Short Documentary” at the TMC London Film Festival.

Walking For Country Trailer from Rez Nez on Vimeo.

Uranium exploration in the Wiluna region in the 1980s left a legacy of pollution and contamination. Radiation levels more than 100 times normal background readings have been recorded despite the area being ‘cleaned’ a decade ago. Even after the ‘clean up’, the site was left with rusting drums containing uranium ore, and a sign reading “Danger − low level radiation ore exposed” was found lying face down in bushes.

WA Greens parliamentarian Robin Chapple said in 2000 that: “We found corroded drums of radioactive ore, piles of uranium ore and remnants of wire netting and fence posts. We found some of the most toxic material just being left to blow in the breeze.”

In August 2000, coordinator of the Wiluna-based Marruwayura Aboriginal Corporation Steve Syred said that until about 1993, 100−150 people were living at an old mission three kilometres from the spot where high radiation levels were recorded. Mr. Syred told the Kalgoorlie Miner that the Aboriginal community had unsuccessfully resisted uranium exploration in the area in the early 1980s. Since then many people had lived in the area while the Ngangganawili Aboriginal Corporation was based near the site. Elders still hunted in the area. 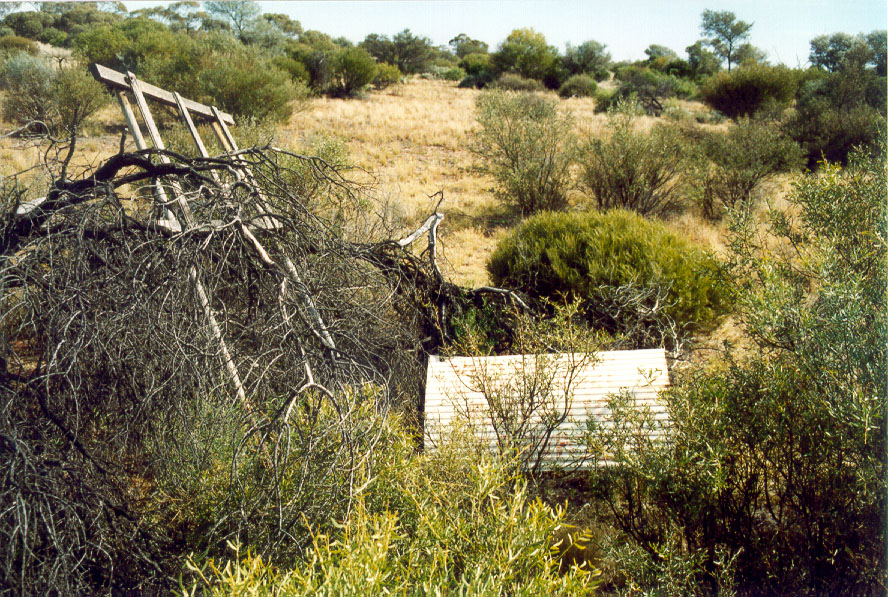 Above: A radiation warning sign left after uranium exploration in the 1980s.

Below: A corroding drum left after uranium exploration in the 1980s. 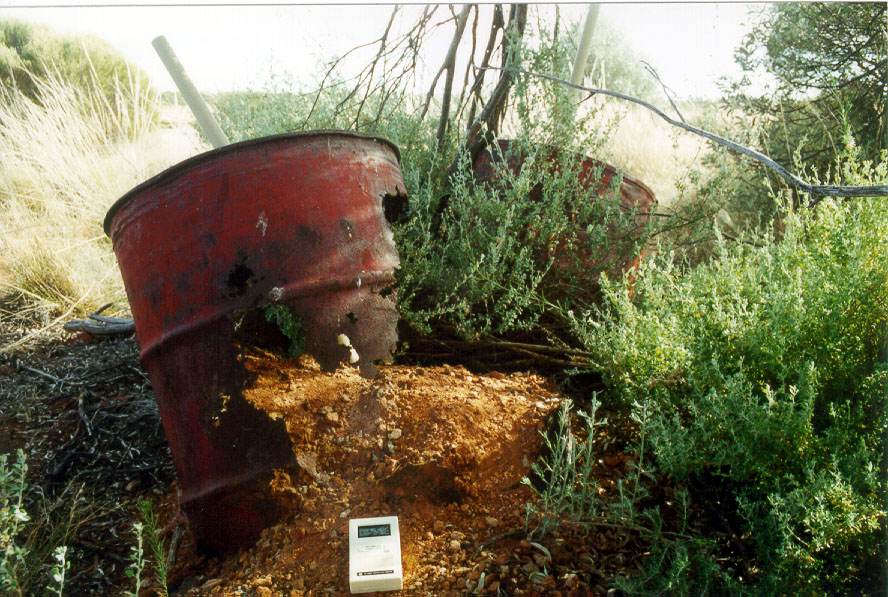 Toro has become embroiled in a controversy over its repeated promotion of scientifically-unsupported claims that low-level radiation is beneficial to health. In 2012, a joint letter signed by 45 Australian medical doctors called on Toro to stop promoting dangerous junk science; not a single doctor or radiation scientist came to Toro’s defence. Neither the WA nor federal governments (or their respective nuclear regulators) took action against Toro for promoting dangerous junk science. Toro claimed that it has promoted a range of views on the radiation/health debate but there appears to be no publicly available evidence to support the claim and Toro repeated declined requests to justify it.

More information on the problems after uranium exploration in the 1980s: