The Radium Hill deposit was discovered in 1906 and mined for radium between 1906 and 1931 and for uranium between 1954 and 1961. In the early days it produced radium for the Curies in France. The ore concentrate was treated in New South Wales and Victoria to yield a few hundred milligrams of radium and several hundred tonnes of uranium by-product. Later, a plant at Dry Creek, near Adelaide, processed Radium Hill ore to extract radium. The radium produced was used for medical purposes and the uranium by-product was used as a bright yellow pigment in glass and ceramics. 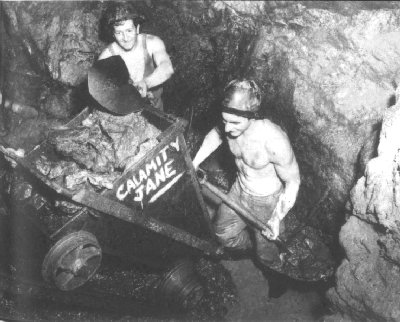 By 1952, Radium Hill had been proved large enough to mine uranium. The underground mine was recommissioned in 1954 and operated by the South Australian Government to satisfy a cost-plus contract signed by the Commonwealth and SA Governments with the UK-USA Combined Development Agency for delivery of uranium oxide over seven years. The CDA was the agency responsible for obtaining uranium for the British and US nuclear weapons programs. Radium Hill was operated on land previously occupied by Aboriginal people, and its yellowcake was incorporated (along with Australia’s other source material) into nuclear weapons later tested on Aboriginal land and people.

A township to support 1100 people was built at Radium Hill, with water being piped from NSW, a railway spur constructed to connect Radium Hill with the Broken Hill–Port Pirie line, and a power transmission line constructed from Morgan.

Although the uranium grades at Radium Hill were moderate to low, the rare earths grade was exceptional, with values up to 7% rare earth oxides. A proposal was made public in the late 1980s to mine and extract the rare earths from the remnant tailings at Port Pirie, although the project was abandoned due to intense public opposition and known community health problems from the uranium tailings and lead-zinc smelting.

In 1982 the South Australian Health Commission and Adelaide University commenced a study of ex-miners at the Radium Hill mine (see Woodward, 1991; Woodward et al., 1991; Mudd, 2008a). In July 1986, the Commission issued a progress report. More lung cancers were attributable to the workforce than in the community at large, but the Commission could not decide whether these were due to radon exposure in the underground workings, or the heavy rate of smoking. Moreover “significant numbers of Radium Hill miners were immigrants, some of whom may have had uranium mining experience in high-exposure mines in other countries”.

The Radium Hill health study was finally published in 1991, nine years after its inception. It dismissed some of the complacent interim conclusions of 1986, and concluded that radiation may have contributed to premature deaths among the workforce. The Federal Industrial Relations Minister, Peter Cook, held out the possibility of compensation to 56 families of victims of Radium Hill.

Little remains today of the 1954-61 uranium-mining period or earlier radium extraction operations other than a number of foundations, infrastructure remnants, tailings impoundment and some waste rock and heavy media reject piles.

In late 1997, it was discovered that radioactive solid wastes from a Field Leaching Trial conducted at Beverley by Heathgate Resources were to be disposed of at the “Radium Hill Shallow-Ground Radioactive Waste Disposal Site”, operated by the SA Dept. of Mines and Energy. This was the first time it has become public knowledge that the old underground workings from the Radium Hill mine were a licensed repository for such wastes.

The SA government states that in 1981: “the site was also established as a repository for low-level radioactive waste materials, primarily to facilitate the clean-up of contaminated soil held in Thebarton in the Adelaide metropolitan area.”

A 2003 SA government audit of radioactive waste states: “There are approximately 400,000 tonnes of tailings that remain at Radium Hill, held in a rectangular pile consisting of two sections, each approximately 125 m square and 8 m high. The northern end of the tailings dam has been used intermittently as a repository for low level radioactive waste since April 1981, when the site was gazetted under the Crown Lands Act 1929 and placed under the care, control and management of the (then) Minister of Mines and Energy. The material placed in the repository between 1981 and 1998 includes contaminated soil and ore residues from the Australian Mineral Development Laboratories (AMDEL) (Thebarton), ore residues from AMDEL (Frewville), contaminated soils from a former radium plant at Dry Creek, and some contaminated equipment from test work conducted at the Honeymoon site in the early 1980s. The repository now contains approximately 200 m3 of material in 200 L and 50 L drums buried in the dam. … The repository has not been used since 1998. It is regularly inspected by officers of PIRSA for any damage to the clay cover, and remedial action is taken as appropriate. … The future intermittent disposal of radioactive waste at the Radium Hill repository is not recommended as the site is not engineered to a standard consistent with current internationally accepted practice.”

As of May 2012, it appears that a risk assessment process conducted by the SA government is ongoing.

Lottermoser and Ashley (2006) write:  “Rehabilitation was limited to removal of mine facilities, sealing of underground workings and capping of selected waste repositories. In 2002, gamma-ray data and samples of tailings, uncrushed and crushed waste rock, stream sediment, topsoil and vegetation were collected to assist in examining the current environmental status of the mine site. The data indicate that capping of tailings storage facilities did not ensure the long-term containment of the low-level radioactive wastes due to the erosion of sides of the impoundments. Moreover, wind erosion of waste fines (phyllosilicates, ore minerals) from various, physically unstable waste repositories has caused increasing radiochemical (from a background dose of 35 – 70 nSv/h to max. 0.94 mSv/h) and geochemical (Ce, Cr, La, Lu, Rb, Sc, Th, U, V, Y, Yb) impacts on local soils. Plants (saltbush, pepper tree) growing on waste dumps display evidence of biological uptake of lithophile elements, with values being up to 1 – 2 orders of magnitude above values for plants of the same species at background sites.”

Lottermoser and Ashley conclude: “The Radium Hill uranium mine in South Australia ceased operations in 1961 and underwent rehabilitation in the 1980s. The mine area now consists of numerous waste rock dumps, several tailings storage facilities and numerous relicts and foundations of buildings and other structures. The waste dumps are prone to physical erosion involving wind and seasonal rain. Physical dispersion of mineralised particles from waste rock dumps and tailings repositories, has led to local enrichment of lithophile elements (Ce, Cr, La, Lu, Rb, Sc, Th, U, V, Y, Yb) in adjacent soils. Plants (pepper tree, saltbush), growing on contaminated soil, display enhanced uptake of lithophile elements. The enrichment in common species implies that there is potential for transfer of U into grazing animals and their bioaccumulation. Additional capping and landform design of the crushed waste and tailings repositories are required in order to minimise erosion and impacts on surrounding soils and sediments.” 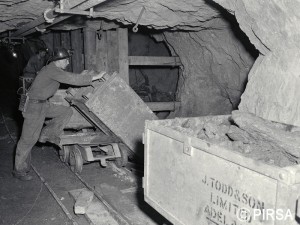 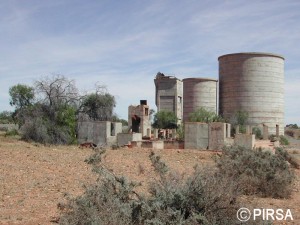 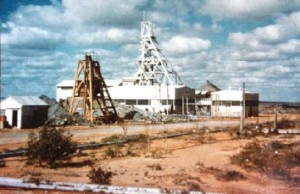 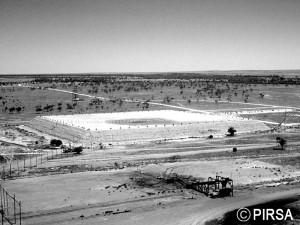