A national gathering of peace makers and anti war activists during the 50 Year Anniversary of Pine Gap. A series of independently organised events and artful non violent protest actions in and around Alice Springs. Themed on closing the U.S. spy and drone base at Pine Gap.

The ‘Joint Defence Facility Pine Gap’ is a satellite tracking station 18 kms south-west of Alice Springs. It consists of a large computer complex with eight radomes protecting antennas and has over 800 employees. It is believed to be one of the largest ECHELON ground stations. 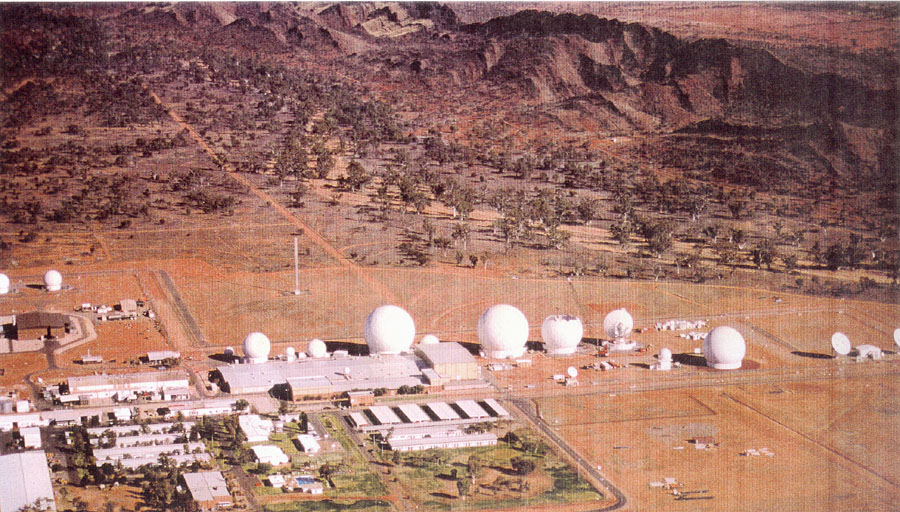 Pine Gap is controversial because it is an important element of the broader US-Australian military alliance and collaboration during wars such as those on Iraq and Afghanistan. Pine Gap is also an important element of the US-Australian nuclear weapons alliance (and related programs such as missile defence) and was a likely target for nuclear attack during the Cold War.

Academic Richard Tanter notes that “new operational capacities at the Joint Defence Facility Pine Gap outside Alice Springs, which brought the work of that facility to the front line in the wars in Iraq and Afghanistan and which, together with a new US space surveillance radar planned for North West Cape, have cemented Australia’s role in US missile defence and space operations.”

Protests over the years include: 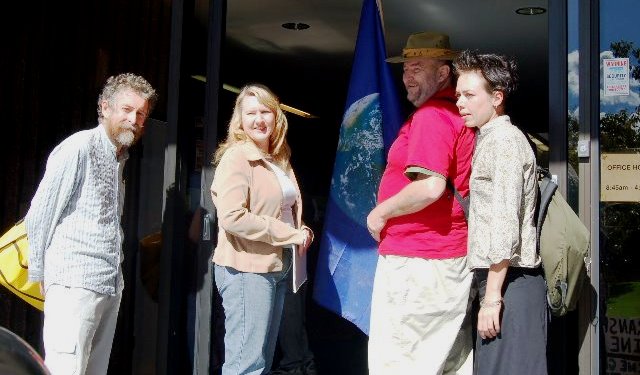 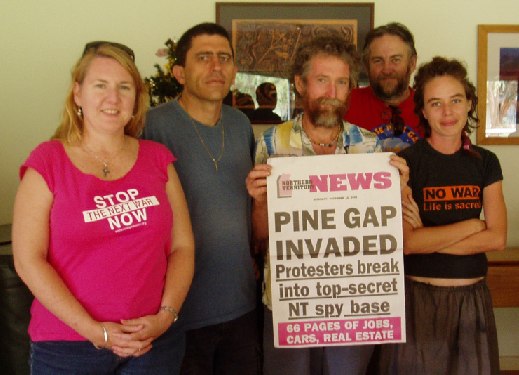 Pine Gap is shrouded in secrecy. Federal Parliament’s Joint Standing Committee on Treaties noted in a 1999 report that: “To argue that elected representatives of the Australian community cannot be entrusted with any more information than has been provided to us during this review displays … profound disregard for the fundamental principles of public accountability that underpin our parliamentary system. The absurdity of this argument is highlighted by the fact that members of a good many US congressional committees are routinely allowed access to such information without apparent jeopardy to US national interests.” 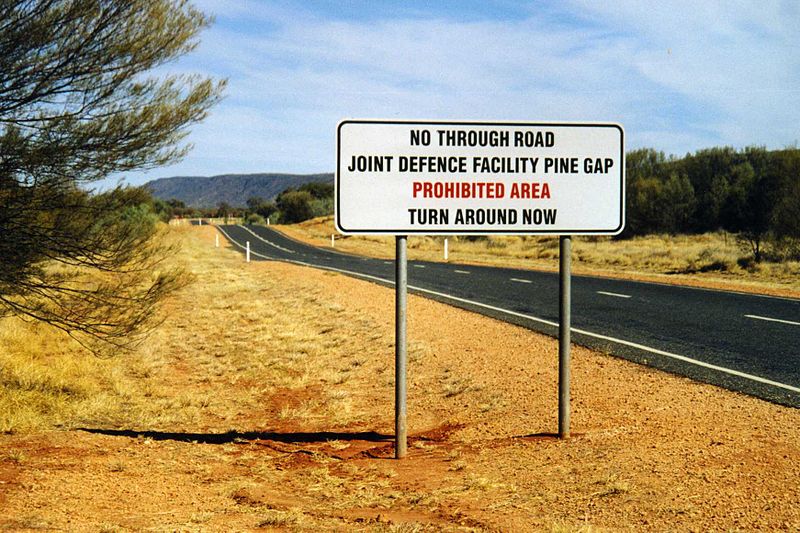 The International Campaign to Abolish Nuclear Weapons argues that Australia is in breach of its obligations under the International Covenant on Civil and Political Rights in respect of Nuclear Weapons in four ways: by supporting preparations for nuclear war carried out at Pine Gap; by allowing US nuclear-armed vessels to enter our waters; by relying on the “protection” of US nuclear deterrence; and by exporting uranium to nuclear-armed countries.