The West Australian State Government has been holding meetings with the Kalgoorlie Shire Council to plan a transfer station for uranium in Kalgoorlie. Parkeston is a suburb of Kalgoorlie which is only a few hundred metres from the Ninga Mia Aboriginal Community.

All of the four uranium mining proposals currently under assessment in WA appear to reply upon a proposal to establish a transfer facility in Parkeston, which would be built for the purpose of storing, handling and transferring uranium concentrate. Uranium would be transferred from truck to rail on route to ports in South Australia and the Northern Territory.

A uranium transfer facility at Parkeston represents a serious public interest issue, due to the radioactive nature of the material being transported and stored, and the close proximity to permanent housing. The West Australian government has been vocal about keeping uranium away from towns like Geraldton and Kalgoorlie but is ignoring the community at Ninga Mia.

While there has been public acknowledgement of this proposal from the WA Minister for Mines and Petroleum, there is no public documentation indicating who the proponent for the facility is, the status of this facility, or any other details. It appears that the Government is proposing to use ‘Royalties for Regions’ money to fund the project. 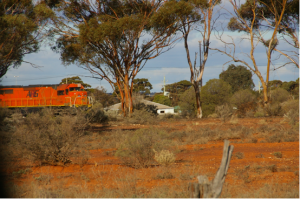 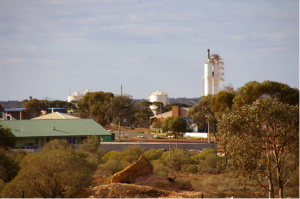