The deposit was discovered in July 1954 by prospectors from nearby Mount Isa, soon after the discovery of the nearby Skal deposit sent hundreds of prospectors madly roaming the Mt Isa and Clonclurry countryside.

A sales contract with the United Kingdom Atomic Energy Authority was signed in 1956. Mining commenced at the end of 1956 and the treatment plant was commissioned in June 1958. The project was developed by Mary Kathleen Uranium Ltd (MKU) at a cost of $24 million. 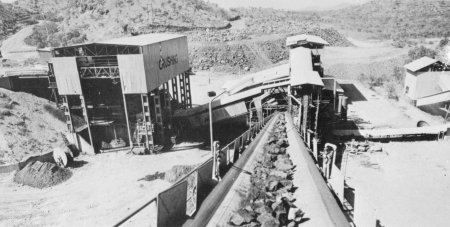 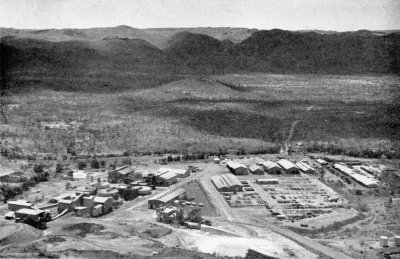 Over the years various attempts were made to find markets for the rare earths as a co-product, to no avail.

The mine was closed for more than a decade. New contracts with utilities in Japan, Germany and USA for 4,740 tonnes of uranium oxide were negotiated early in the 1970s and recommissioning began in 1974. The Commonwealth Government, through the Australian Atomic Energy Commission, underwrote this, thereby obtaining a 42% holding in the company. Conzinc Riotinto of Australia Limited, a successor of Rio Tinto Mining, held 51%, and the public 7%.

A 2009 article in the Courier Mail states: “Anti-uranium activists from Townsville held up the first, secret rail shipment of 130 tonnes of U308 from the revived mine for an hour [in 1976], the Australian Council of Trade Unions called for a ban on exports, and the Seamen’s Union organised a blockade. Not only that, the mine’s owners were forced to pay $34 million compensation to Westinghouse, which used Australian uranium in its power plants, after the Friends of the Earth green group was handed documents showing evidence of a uranium cartel. But the most extraordinary revelation came in 1980, when two tonnes of yellowcake was stolen and later found in Sydney. The company downplayed the incident, likening it to an employee stealing office stationery!”

In the mid-1970s documents were leaked to Friends of the Earth revealing:

At the end of 1982 the mine was depleted and finally closed down after 4,802 tonnes of uranium oxide concentrate had been produced in its second phase of operation.

One million litres of radioactive liquid were deliberately released in February 1984 from the mines evaporation ponds during an unexpectedly wet wet season.

Mary Kathleen then became the site of Australia’s first major rehabilitation project of a uranium mine, which was completed at the end of 1985 at a cost of $19 million. The mining company covered the tailings with crushed rock instead of clay in order to save millions of dollars. The seepage of radioactive radium and thorium and toxic elements from the tailings has been much greater than if clay had been used as a relatively impermeable barrier. There is ongoing low-level uptake of heavy metals and radionuclides into vegetation.

The State Government says it will begin investigating ways to unlock $4 billion worth of mineral resources at the former Mary Kathleen uranium mine site in north-west Queensland. Queensland Natural Resources and Mines Minister Andrew Cripps says the State Government is particularly interested in the site as a potential hot spot for developing rare earth.

Mr Cripps says there are millions of tonnes of ore tailings at the site, which is in the Selwyn Range between Mount Isa and Cloncurry, making it one of the largest deposits of rare earth in Australia. He says no companies are involved with the process at this stage.

Above: Aerial view of the tailings dam and evaporation pond, 1976-82. 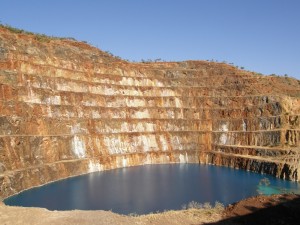 Above: The abandoned open pit at Mary Kathleen, 2009.

Below: video about uranium mining in Queensland: