At the time of the two ‘Totem’ nuclear tests at Emu Field in South Australia, the area was used, as the 1983-85 Royal Commission reported, for “hunting and gathering, for temporary settlements, for caretakership and spiritual renewal.” 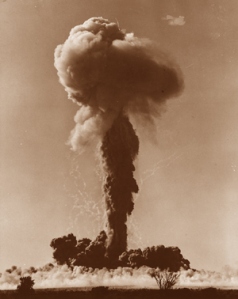 A major test named Totem 1 was detonated on October 15th, 1953. The blast sent a radioactive cloud – which came to be known as the Black Mist – over 250 kms northwest to Wallatinna and down to Coober Pedy. The Totem I test is held responsible for a sudden outbreak of sickness and death experienced by Aboriginal communities, including members of the Kupa Piti Kunga Tjuta and their extended families. The Royal Commission found that the Totem 1 test was fired under wind conditions which a study had shown would produce unacceptable levels of fallout, and that the firing criteria did not take into account the existence of people at Wallatinna and Melbourne Hill down wind of the test site. 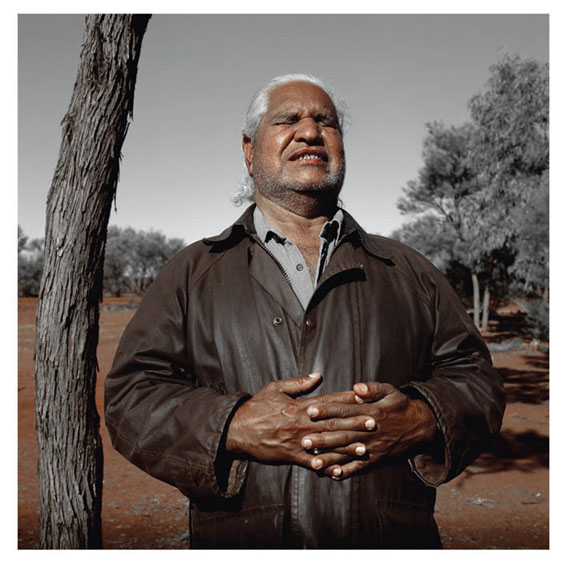 Above: Yami Lester was permanently blinded by the 15 October 1953 test at Emu Field. Photo by Jessie Boylan

In relation to the two Totem tests, the Royal Commission found that there was a failure to consider adequately the distinctive lifestyle of Aborigines and their special vulnerability to radioactive fallout, that inadequate resources were allocated to guaranteeing the safety of Aborigines during the Totem nuclear tests, and that the Native Patrol Officer had an impossible task of locating and warning Aborigines, some of whom lived in traditional lifestyles and were located over more than 100,000 square kilometres.

My name is Millipuddy
they captured me and roughly washed me down
then my child stopped kicking
then they took away my man to town
they said do you speak English?