Honeymoon is a small uranium deposit located 75 kms north-west of Broken Hill. The Honeymoon − East Kalkaroo deposit occurs in porous sand of the Yarramba palaeochannel at a depth of 100-120 metres and extending over about 150 hectares.

The deposit was discovered in 1972. Plans were developed in the late 1970s to extract the uranium oxide by in situ leaching (ISL), and $12 million was spent in preparation. Draft and Final Environmental Impact Statements were produced, and both South Australian and Commonwealth environmental approval was subsequently obtained in 1981 for production to 450 t/yr. Field tests of the ISL process were carried out and a $3.5 million, 110 t/yr pilot plant was built, but the project was abandoned in 1983 because of the incoming federal Labor government’s ‘three mines’ uranium policy.

Acid leach mining was trialled again from 1998-2000. A June 2000 draft EIS covered the Honeymoon – East Kalkaroo deposits on five Mineral Claims and approval of this was granted in November 2001.

In 2005 Southern Cross Resources was taken over by Aflease to form Uranium One Inc. In 2006 Uranium One quoted indicated resources of 2900 tonnes U3O8 plus 900 tonnes (at 0.074% grade) at the adjacent East Kalkaroo deposit.

In October 2008 Uranium One announced a joint venture with Mitsui (49%) to complete development of the project, with Mitsui paying $104 million towards the eventual $138 million cost. Since 2009, 51.4% of Uranium One has been owned by Russia’s ARMZ.

Commercial in-situ leach (ISL) mining began in 2011. Nevertheless, in May 2012 Mitsui announced that it was withdrawing from the project as it “could not foresee sufficient economic return from the project.”

A 2003 report of the Senate References and Legislation Committee said:

“The Committee is concerned that the ISL process, which is still in its experimental state and introduced in the face of considerable public opposition, was permitted prior to conclusive evidence being available on its safety and environmental impacts.

“The Committee recommends that, owing to the experimental nature and the level of public opposition, the ISL mining technique should not be permitted until more conclusive evidence can be presented on its safety and environmental impacts.

“Failing that, the Committee recommends that at the very least, mines utilising the ISL technique should be subject to strict regulation, including prohibition of discharge of radioactive liquid mine waste to groundwater, and ongoing, regular independent monitoring to ensure environmental impacts are minimised.”

UPDATE: Honeymoon mine to stop production, jobs in doubt

THE Honeymoon uranium mine in South Australia’s far northeast is expected to be mothballed. Low uranium prices and production difficulties at the plant have put pressure on the mine. The future of about 70 employees was not immediately known but far fewer employees would be needed when the mine is put under “care and maintenance”. Honeymoon, which began producing uranium in 2011 , became wholly owned by Russian state company JSC Atomredmetzoloto in mid-October. Previously it had been 49 per cent owned-and-operated by Canada’s Uranium One. … The Honeymoon mine was written down by C$68 million in September “due to continuing difficulties in the production process, issues in attaining design capacity and high operating costs”. It was also said to be hampered by unfavourable contracts associated with a former partner, Japan’s Mitsui. Honeymoon management in South Australia could not be contacted for comment. 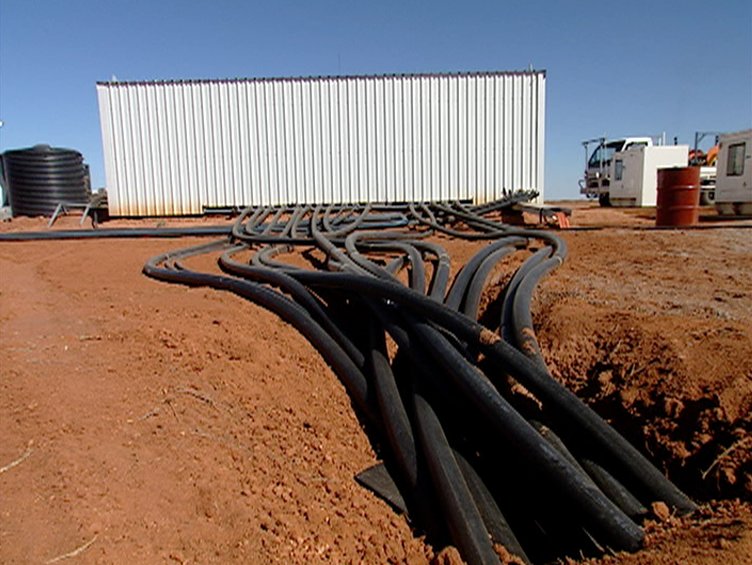 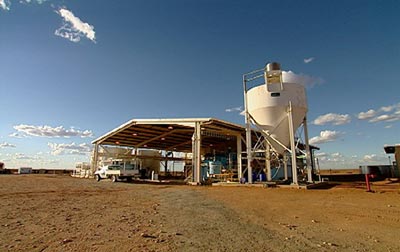 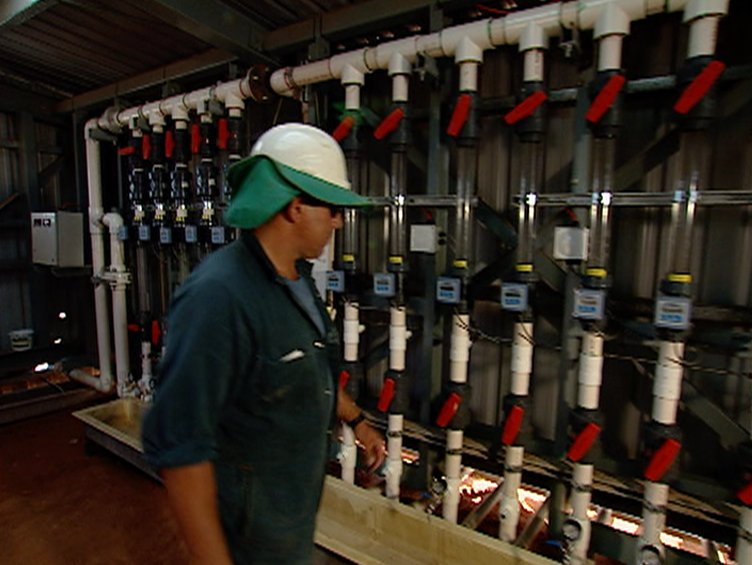 Inside the well header building. 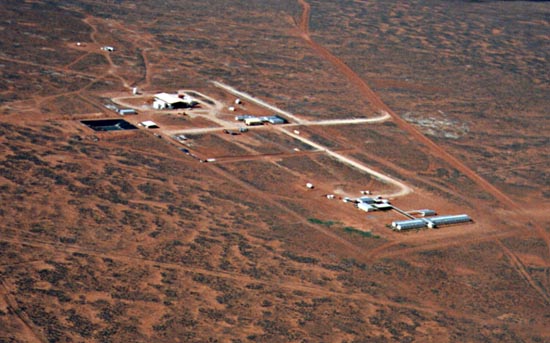 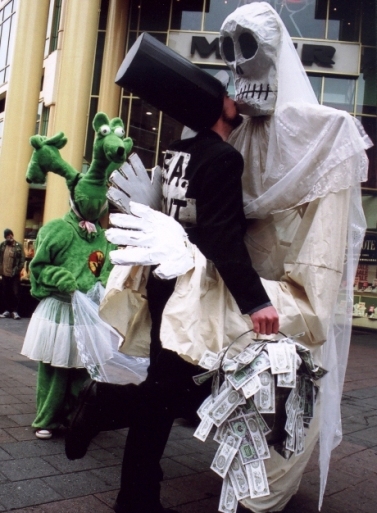 Above and below: Friends of the Earth, Adelaide, 2006. 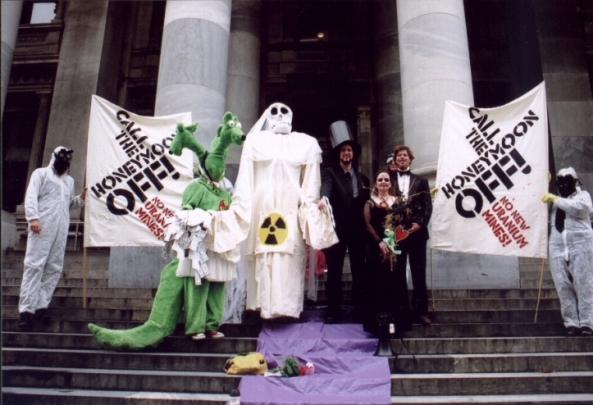 Video: occupation of the Honeymoon uranium mine in 1982, www.softscan.org/HoneyMoon.html