The Ben Lomond uranium (and molybdenum) deposit is located 50 kms west of Townsville. It is owned by Mega Uranium, which purchased it in 2005. The deposit is estimated to contain an estimated 4760−6800 tonnes U3O8 (for comparison, BHP Billiton plans to mine three times that amount of uranium annually at Olympic Dam in SA). If the mine proceeds, it will likely be a combination of open-cut and underground mining.

As of May 2012, Mega Uranium was undertaking prefeasibility studies with a view to determining the project economics, the preferred mining and processing options and the key steps in mine development. The recently-elected Liberal National Party state government has thus far maintained previous government policy of banning uranium mining, but Mega Uranium is betting on a change of policy.

The deposit was discovered in 1975 by the French company Pechiney, then explored and evaluated in detail between 1976 and 1982 by associated companies Total Mining and Minatome. In addition to problems with the Queensland state government, plans to mine Ben Lomond came unstuck because of federal Labor’s ‘three uranium mines’ policy from 1983 onwards.

Far-right pro-uranium federal MP Bob Katter had this to say in Parliament on 1 November 2005:

I present a serious note of warning to the House. Of the people in North Queensland that I represent, some 50,000 or 60,000 live on the watershed of the Burdekin River and draw their water from there. The honourable member for Herbert and the honourable member for Dawson are from there. The Burdekin Falls Dam provides water for some 210,000 people. These people are drinking water that comes from the lower reaches of the Burdekin River. The Ben Lomond uranium mine, 40 or 50 kilometres from Townsville, stands right above it. A French company—I think it was Aquitaine—proposed the development of that mine. I was very positive about it. I had been brought up and lived in Cloncurry, my hometown, beside Mary Kathleen. I knew all the people who lived there. I played football there. I went to church there. I did hundreds of things there. We had no evidence that indicated uranium mining was dangerous. Some greenies living up there—not a race of people that I like in any way, shape or form; but in those days there were some sensible people associated with them—started making a noise that there had been a spill of high-level radiation.

Whilst I have waxed lyrical about the dangers of uranium not being great, there is a limit to the dangers we will accept. In the case of Ben Lomond, the company said that there had been no spill. The government agency—the forebears of what we now call the Environmental Protection Agency—also said that there had been no spill. That was for the first three or four weeks. When further evidence was disclosed, they said, firstly, that there had been a spill but the level of radiation was not dangerous and, secondly, that it had not reached the water system from which 210,000 people drank.

For the next two or three weeks they held out with that story. Further evidence was produced in which they admitted that it had been a dangerous level. Yes, it was about 10,000 times higher than what the health agencies in Australia regarded as an acceptable level. After six weeks, we got rid of lie number 2. I think it was at about week 8 or week 12 when, as a state member of parliament, I insisted upon going up to the site. Just before I went up to the site, the company admitted—remember, it was not just the company but also the agency set up by the government to protect us who were telling lies—that the spill had reached the creek which ran into the Burdekin River, which provided the drinking water for 210,000 people. We had been told three sets of lies over a period of three months.

So I say to the people of the Northern Territory: make sure that ordinary people have some sort of oversighting mechanism. Do not leave it up to the government or its officials. They will dance to the tune played by whatever piper is in charge money-wise or politically. They will not answer to the tune of protecting the people. That has been my experience.

The case of Ben Lomond was notorious, and the very development oriented Bjelke-Petersen government said no to Ben Lomond. The most development oriented government in recent Australian history said no because of the absolutely outrageous performance of their own regulatory body, as well as the mine itself. One other humorous aspect, which was not really humorous at all, was when I asked the regulatory authority chief, ‘How do you get your water samples?’ He said, ‘We have them collected.’ I said, ‘Who do you have collect them?’ He said, without any guile, ‘The company.’ So we had the company protecting itself, not the people of Queensland or the people who were depending upon this water for their water supply.

Mudd provides a fascinating history of the attempted development of the mine from the 1970s onwards. A few highlights and lowlights from that history: 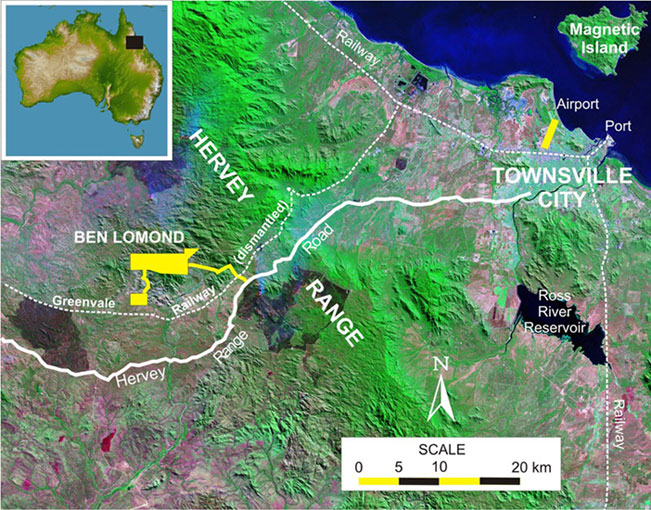