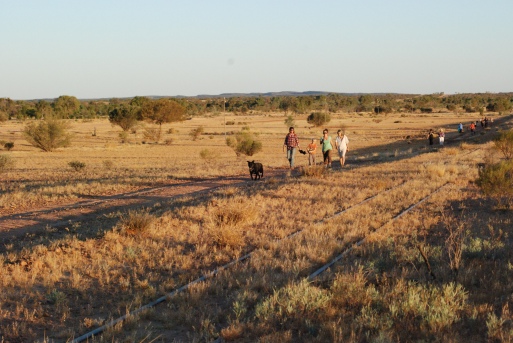 The NT government in February 2008 accepted a bid by 50-50 joint venturers Paladin Energy and Cameco Australia to explore Angela Pamela. The joint venture partners undertook exploratory drilling with a view to developing an open-cut / underground uranium mine and processing mill.

According to Cameco Australia: “It was expected to have a conventional hard rock mill and an alkaline leaching circuit, with production possibly in 2012. However, in September 2010 for political reasons the Northern Territory government refused to allow the Angela-Pamela project to proceed. … In mid-2011, the two partners in the joint venture agreed that Paladin would assume control of the joint venture.”

Cameco Australia further states: “In November, 2010, the joint venture announced that the project would have a reduced program and budget for the rest of 2010 and the early part of 2011. The announcement took into account the uncertainty created by a policy statement made the previous month by the government of the Northern Territory that it would not allow any uranium mine to be built in proximity to Alice Springs.”

Updates on the Paladin website stop at November 2010. A November 2010 Paladin media release says the joint venture partners remain committed to the project but it would continue “with a reduced program and budget for the rest of this year and the first part of 2011”. The media release also said that the companies were set to close their shop front office in Alice Springs and operate from an industrial shed in Alice Springs.

Cameco Australia’s regional director Jennifer Park said in February 2011: “Obviously we’re in a bit of a go-slow mode given the Government’s announcement last year but we are still looking at it.”

The Australian − a conservative Murdoch paper − was apoplectic about the NT Labor government’s decision to oppose mining at Angela Pamela. The Australian Uranium Association was also unhappy.

Opponents of uranium mining at Angela Pamela were delighted but called on the NT government:

However the NT Labor government did not take any of those steps and it was voted out of office in August 2012.

During parliamentary sittings in Alice Springs in April 2011, an NT government motion − carried 13 votes to 12 − endorsed the government’s opposition to the establishment of the Angela Pamela uranium mine.

The Arid Lands Environment Centre, Families for a Nuclear Free Future, Super Raelene Bros. the Alice Springs Angela Pamela (ASAP) Collective and the Beyond Nuclear Initiative have been working with Aboriginal and non-Aboriginal residents of Alice Springs to stop the proposed mine. The Stop Angela Pamela website is a useful resource.

Concerns include tailings management, dust (winds are predominantly south-easterly, causing significant dust storm activity in Alice Springs), the proximity of Angela Pamela to the water supply of Alice Springs, and water consumption. The Angela Pamela deposit sits directly above the Mereenie aquifer, the town’s underground drinking water supply. Cameco claims there is no risk to water but its record of spills and accidents overseas does not inspire confidence. Nor does Paladin’s record. 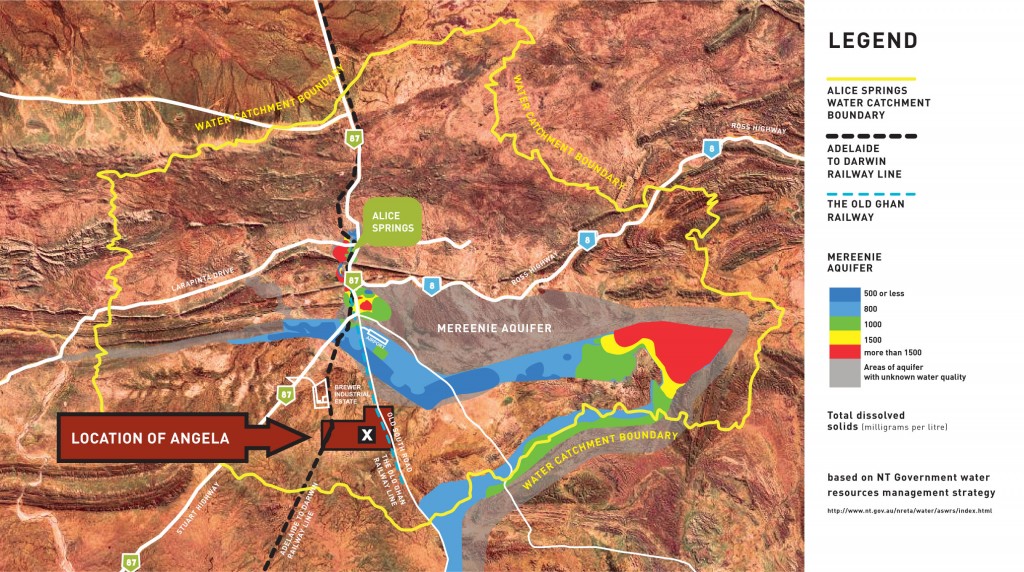 Angela Pamela is located just 10 kms from four Indigenous town camps and the Indigenous boarding college. Christobel Swann, matriarch of the Pertame (Southern Arrernte) people, said: “We are worried about the health of our children. If something goes wrong, white people can go back to wherever they came from, but where are Aboriginal people going to go? This is the only place we have.”

The potential risks associated with dust dispersal were addressed in a letter by Dr Peter Tait from the NT Branch of the Public Health Association of Australia, published in the Australian and New Zealand Journal of Public Health (vol.35, no.6, 2011). Dr Tait concludes as follows: “In conclusion, given the right wind and weather conditions, failure of dust suppression and tailings management at any Angela Pamela mine means workers at the Brewer Industrial Estate, prisoners and officers at the Correctional Facility, staff at the Joint Defence Facility Pine Gap and residents of the Iwupataka Homelands are at a low but still significant risk of dust exposure. Alice Springs itself, workers and tourists at the airport and residents at Amoonguna are at lower but not nil risk. The Ilparlpa subdivision carries an intermediate risk. Grazing cattle and station workers in the surrounding country would always be at some risk.”

Don Wait, owner of Wayoutback Tours, said: “What bloody idiot came up with the idea of a uranium mine in the water catchment? Governments are responsible for looking after people, not putting them in jeopardy. Travellers come here from all over the world to experience our unique untouched natural landscape. The investment in tourism in this area has been massive for a large number of years and you can ruin our reputation overnight by plonking a uranium mine right next to Alice Springs.”

The Alice Springs Town Council expressed concern about Angela Pamela. A Council meeting in 2008 passed a recommendation to request guarantees from the Mining Minister.

According to Cameco, “[U]ranium in its natural state is relatively safe, with core samples handled freely by geologists and the drilling crew. Normal hygiene measures are followed, particularly washing hands after handling uranium-bearing rock before eating or smoking.” (NT News, 13 May 2009.) 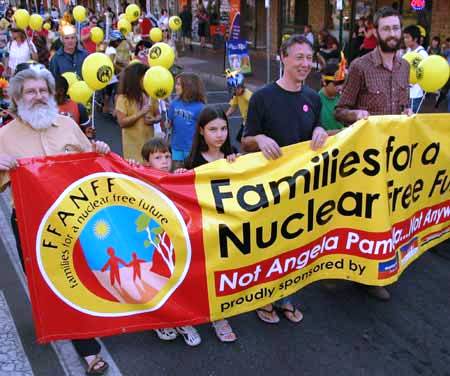 Below: A contestant called ‘Angela Pamela’ submitted entries in almost every prize category at the 2009 Alice Springs Show − and she cleaned up! Cameco was there as well – handing out glow-sticks. Read Ellie Rennie’s report at http://inside.org.au/show-day 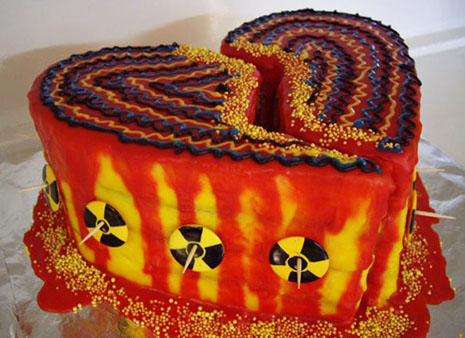 Below: A Pram Jam organised by Families for a Nuclear Free Future.

Above: Super Raelene Brothers singing ‘Nuclear Kop’. You can listen to their song ‘WIYA! Angela Pamela’ at http://www.superraelenebrothers.com.au/paypal.html and also download it and buy the CD. In the Pitjantjatjara and Luritja languages ‘Wiya!’ means ‘No!’ A JJJ video about ‘WIYA! Angela Pamela’ is posted at http://www.myspace.com/superraelenebrothers. John Schumann from Redgum said: “In the anti-nuclear cause I’m delighted to see that the Redgum baton has been grabbed by the Super Raelene Bros and I’m delighted to reflect that Nuclear Kop has stood the test of time.