Shoalwater Bay is used for biennial US-Australian ‘joint exercises’ (war games) known as Talisman Sabre. Tens of thousands of troops descend on Shoalwater Bay and other sites in Queensland and the Northern Territory.

1. Talisman Sabre takes place on indigenous lands and sovereignty has never been ceded. The Darambal people of Rockhampton region are unlikely to ever get land rights while the military control their land.

2. Talisman Sabre takes place in the Coral Sea and traverses the Great Barrier Reef Marine Park. If ordinary Australians can’t fish there, neither should the military be allowed to use sonar (known to effect whales and other sea animals) or leak oil and dispose of their waste there.

3. Talisman Sabre takes place in Shoalwater Bay, one of only three locations where endangered dugong dwell in Australian waters. Injury from ships or shock from undersea explosions pose a threat to their existence.

4. Talisman Sabre, like all war games and war itself, is not environmentally benign. Beside material damage to land and flora by tanks and troop movements, all military activities are polluting, including the use of ‘green’ practice munitions.

5. Live firing occurs in the water catchment for the town of Yeppoon. Military toxins from munitions have been and continue to be used in this catchment. Given the military’s record on sexual assaults recently, they are unlikely to confess to water and land pollution and repeatedly ignore the issue in their documents.

6. Talisman Sabre is not required to submit an Environmental Impact Assessment. They do offer a Public Environment Report each two years, but this is no more than a greenwashing exercise that ignores the social justice issues.

7. Talisman Sabre brings many troops to the surrounding towns where drunkenness, street crimes, drug use, prostitution and sexual assaults increase. This is a familiar tale wherever US Troops are based.

8. Talisman Sabre further ensconces Australia in a US Alliance where pre-emptive and unjust wars are the norm. The Australian Defence Force admits it is about ‘interoperability’ with the US military.

9. Talisman Sabre is vehemently opposed by people living near the Shoalwater Bay Military Training Area who have been ignored, insulted and buzzed by military helicopters and faced with an ongoing barrage of bomb vibrations all year round from the base.

10. Talisman Sabre is part of the training for ongoing wars in Iraq and Afghanistan that have already claimed the lives of 27 Australian troops, more than 3000 US troops and hundreds of thousands of civilians, destroying their homes and livelihoods, contaminating their land with depleted uranium and other toxins and driving many of them to seek refugee status in Australia where they are likely to be further abused. 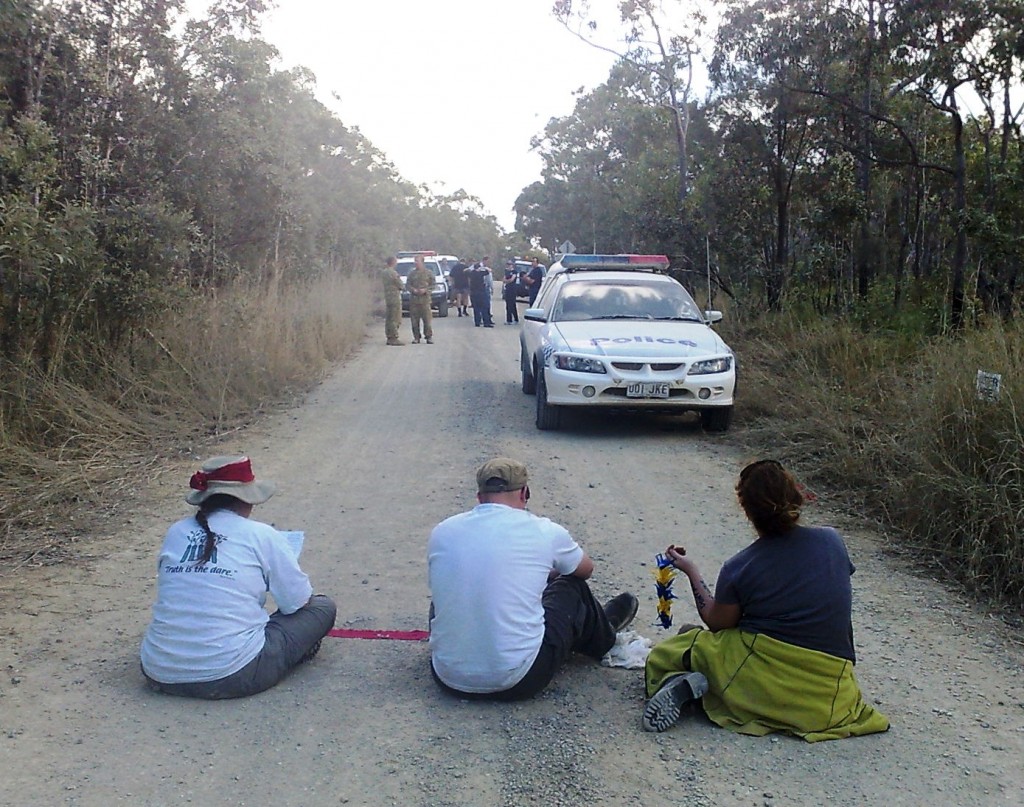 Above and below: Protests at the Talisman Sabre 2009 war games.